I thought this video was going to be around 10 minutes, but It's officially the longest video I've ever made(?), so yeh enjoy. Also, I should elaborate more on a few opinions before I get called out on them so...

Youtubers: basically, I find it a really challenging time to find more interesting channels out there. As hypocritical as it may sound, like my channels to post content, but completely make the video over and over again, if you're just making the same videos and don't try to make them different from one another, I find it really hard to enjoy your content. I also find it really annoying when kpop channels say they're gonna say something controversial or they're gonna spill that tea and completely put themselves in a box because they're scared of criticism. Like the whole point of Unpopular opinions is to say something unpopular, meaning they're gonna have people talking, if you can't take one's opinion and just gonna sugarcoat the whole fun of it, then don't make an unpopular opinions video, it's that simple. And if you are gonna say something controversial and it's critique and it's simply hate, don't say anything about it, not everything NEEDS to be said, as much as it is YOUR opinion, that opinion will be registered as hate, and people WILL call you out, so unless you're willing to accept that and take the heat, go off, but if not, don't continue to say it and get all defensive about it when people call you out for it.

Feel Special: (i hate that I have to explain this, but here we go) I do like feel Special, It's a certified bop if you asked me. But I don't necessarily think it was as good as people are hyping it up to be. Maybe it's cause they have a more mature concept or maybe it's just the bandwagon stans, but everyone's hyping it up like it ended world hunger and I just really can't get behind that. I've been a once since 2016, I've liked all of their songs since then(besides Knock Knock, that bitch can choke), but feel special is kinda where I go blank, it was the first time a twice made me feel that way, I want to say it's because of the new concept is why I feel like that, but Fancy and Breakthrough did the exact same thing, so I'm having trouble processing this. Overall, the son was overhyped in my eyes, but hey, that's me.

Whistle: I think in a lot of ways, an MV can change people's opinions on a song. Whistle is a prime example of that. the aesthetic in whistle is very eye-pleasing and the best BP MV, in my opinion. But, I don't really think the song is their best. like I said, PWF takes the cake for me. For some reason, I made it sound like whistle is a bad song, which is so untrue. the song is good, I love and adore, I consider that their debut song more than I do BBY. but I don't really like it where I can call it their best title track. without the mv, no one would bat their eye towards it as much. Again, love the song, but we all know the MV did it for the song.

Dispatch: Given dispatch is a company, there are way more mature than a simple sasaeng fan who will literally ruin your life if they don't get their Oppa's attention. People also need to stop acting like what they're doing is some government-funded organization, they're literally TMZ, I don't see the problem exactly. It's not like they're going to immediately post the pictures, they give the company time to meet their requirements to ensure their safety, so they're not complete dickheads.

10:59
kpop pet peeves that are so original lel 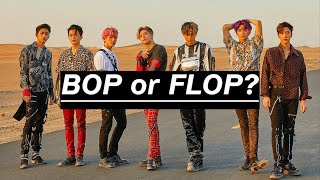 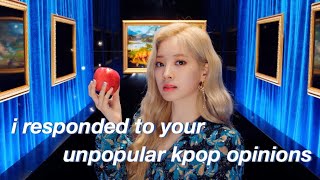 7:41
responding to your unpopular kpop opinions

12:15
My thoughts on Blackpink 3 years later 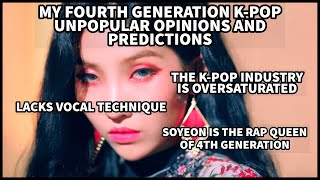 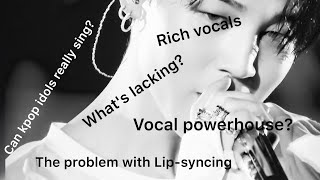 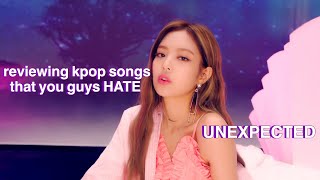 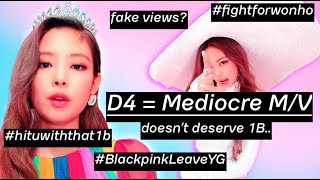 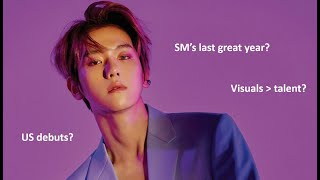 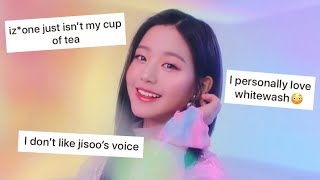 16:20
reacting to your kpop confessions

11:19
responding to your unpopular kpop opinions 2 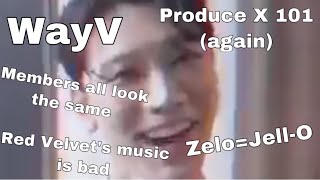 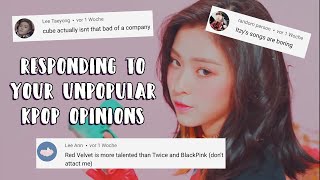 12:40
responding to your unpopular kpop opinions 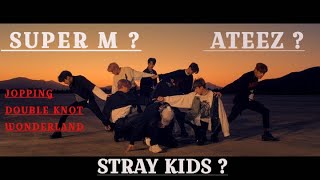